My pal Jim Beard recently released a second book in his series that exams the original 1966 BATMAN television show that starred Adam West. Originally, a few of my illustrations were going to be in the second volume (I had some artwork on the back cover of the first book), but after some legal mumbo jumbo, WB/DC Comics lawyers didn't want any non-licensed illustrations to be used in the books. My artwork, and that of other artists, had to be unfortunately pulled even though we thought that Fair Use of Copyright was allowed under these circumstances of review and commentary. It is what it is. Still, I encourage Batman fans to pick up the books if you think it is up your Crime Alley. 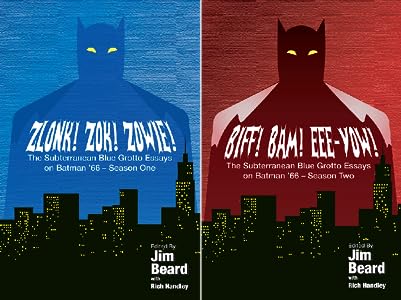 The Subterranean Blue Grotto Essays on Batman '66
In the meantime, here are some of my unpublished black and white spot illustrations that were originally going to be in the second book that I thought some Batman fans might get a kick out of... 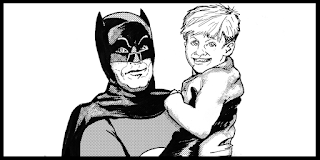 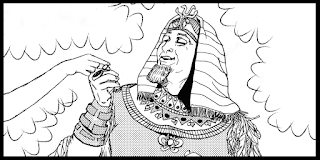 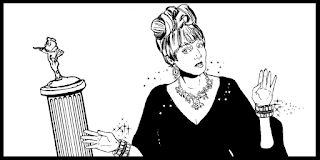