Previously, he has worked for various publishers that included DC Comics, Campfire, IDW, Shooting Star Comics, and West End Games. Some of Scott's creations and work on the GREEN ARROW comic book series for DC Comics ended up on the CW television series ARROW.

For nearly two decades, he worked in Higher Education as an Adjunct Faculty Professor in the Fine Arts and Communication Arts curriculum programs and served as a Marketing Communications Manager and Creative Designer at Benedictine University at Springfield (formerly Springfield College in Illinois).

McCullar earned his Bachelor of Fine Arts (B.F.A.) in Drawing and Printmaking from Illinois State University in 1993 and Master of Science (M.S.) in Management and Organizational Behavior from Benedictine University in 2012.

Scott is a diehard fan of The Beatles, The Police, Eric Clapton, B.B. King, and other classic rock and blues music. He also loves books and movies associated with some of his favorite fictional properties that include Star Wars, Star Trek, DC Comics, Marvel, and Ian Fleming's James Bond. 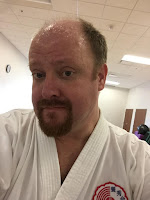 McCullar is a black belt karate practitioner primarily studying Yoshukai hard style karate and assists in teaching self-defense classes. He briefly studied Shotokan abroad in Chichibu, Japan in 2014. Previously in his youth, he was a student of Shudo-Kan and Shito-Ryu styles of karate. He also studies other Japanese and/or Okinawan martial art forms that include Iaido, Kobudo, and Jiu-jitsu.

Born in Memphis, Tennessee, he has previously lived in California, Tennessee, Georgia, and briefly stayed for several months in Japan, – but for the most part – he has lived in the prairie lands of Central Illinois. Scott recently remarried and enjoys spending quality time with his new wife, Jennifer, and visiting with his young adult children, Rachel and Mitch. Scott is a fan of the St. Louis Cardinals. 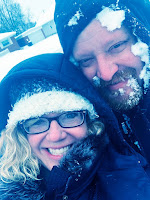 Scott McCullar currently resides in Springfield, Illinois with his wife Jennifer and their puppy named C.C. They live in a prairie-style designed home named The Lyndon House that was built in 1948 that the couple are slowly re-modelling.