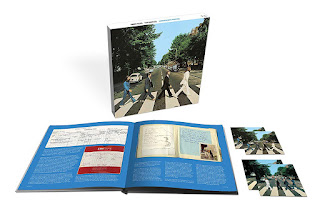 I have to admit, I'm pretty excited that Beatles fans are about to get a 50th Anniversary Edition box set of Abbey Road in September. Released in September 1969, Abbey Road was the final album that John, Paul, George, and Ringo recorded together as a band, though Let It Be was later released.

For years and years, I've had my "favorite" Beatles album. I'd go through a Sgt. Pepper phase, or a Rubber Soul/Revolver phase... but I tend to listen to Abbey Road more than any other of their releases. 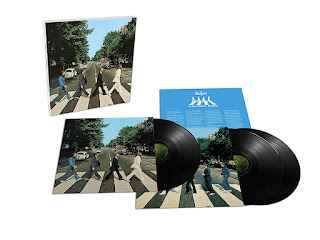 The new boxset is available for preorder on www.thebeatles.com and www.amazon.com amongst other sites. The album’s 17 tracks are newly mixed by producer Giles Martin (son of original producer George Martin) and mix engineer Sam Okell in stereo, high res stereo, 5.1 surround, and Dolby Atmos, accompanied by 23 session recordings and demos, most of which are previously unreleased.

Giles did an excellent job remastering The Beatles catalog in 2009 and over the past two years, has given us 50th Anniversary boxsets of Sgt. Pepper's Lonely Hearts Club Band and The White Album -- both are FAB and also include bonus unreleased tracks, studio outtakes and demos.

I'm sure the Abbey Road 50th Anniversary Edition with guarantee a splendid time for all.