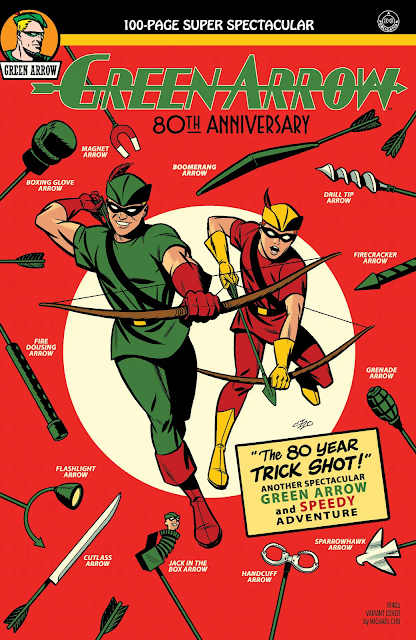 This year marks the 80th Anniversary of my favorite comic book character, Green Arrow, who debuted back in MORE FUN COMICS #73 back in 1941. He's had an illustrious career and his own television series on the CW that recently ended.

I was surprised and I'm pleased to say that a small piece that I did nearly 20 years ago in GREEN ARROW SECRET FILES & ORIGINS #1 is reprinted in this issue. I was reading the book today and got to nearly the end of the book when I was knocked off my feet to see something very special that I contributed was reprinted with credit given to me. Thank you, DC Comics.

You can find this book at quality comic shops on sale now!